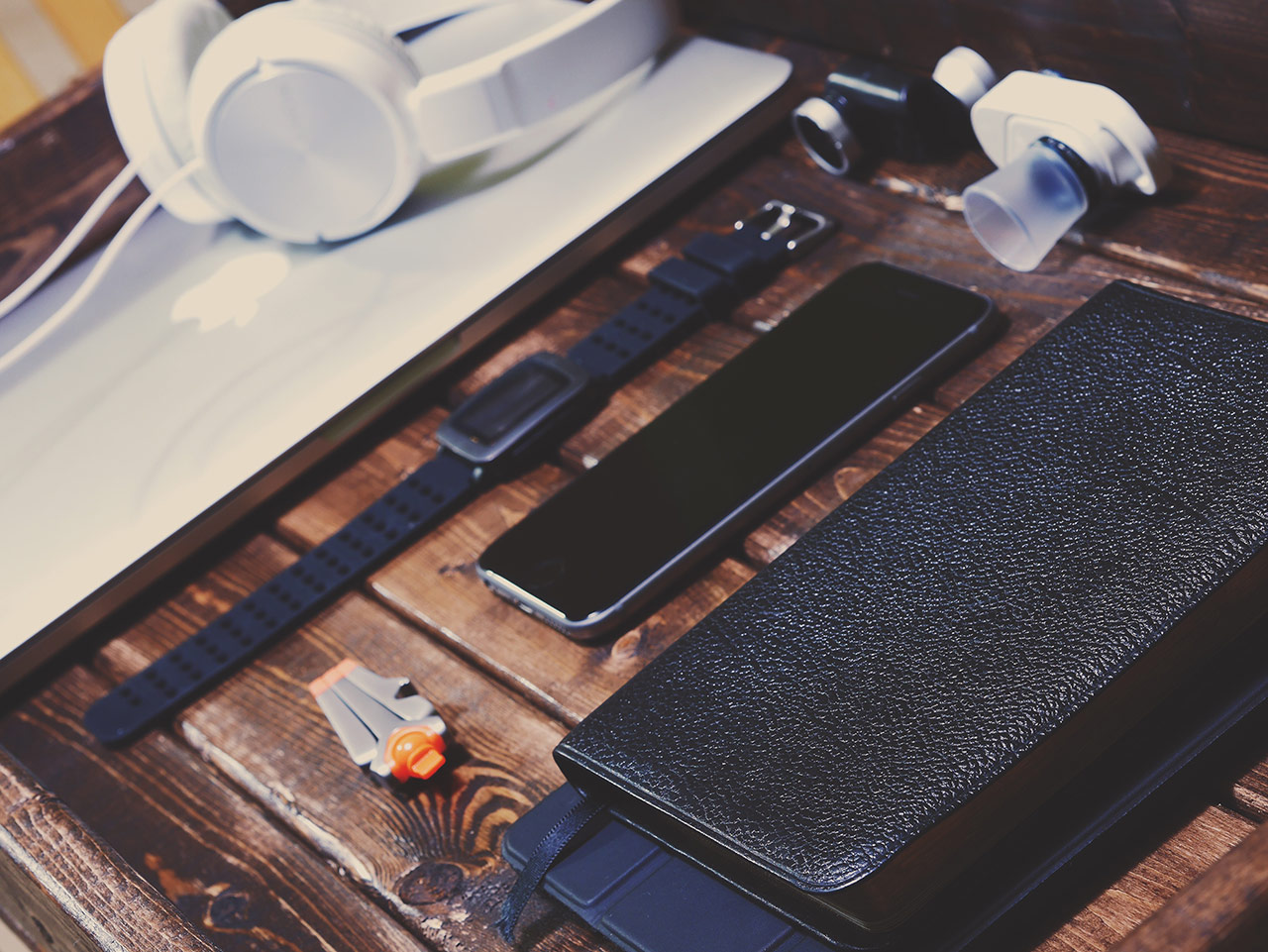 Setting up efficient UX processes is a great discussion that gets more and more attention in both industry and academia. The main reason for this shift of interest is the common understanding that efficient and well thought UX design processes have a great impact products’ final appeal and form.

Following is a diagram of a UX process that we established when designing an audio recording and analysis ecosystem, called iSMAARTer, consisting of both an iOS, a smartwatch applications and a web platform. We followed a continuous iterative process, focusing a lot on the needs and preferences of our core audience and were in a constant and open communication with them in order to assess the product from conception to implementation and release.

The process consisted of 9, non necessarily sequential steps, starting from a Bootcamp, a set of workshops aiming at helping the company’s stakeholders identify their own product and be able to properly and effectively communicate on it to people inside and outside the team. The Bootcamp was followed by a competitor analysis, where the market was assessed and possible entry points for the product were identified. In order to better understand the users’ needs, a set of surveys was organized, consisting of questionnaires and semi-structured interviews, where players expressed their ideas and needs on existing and future products in this field. 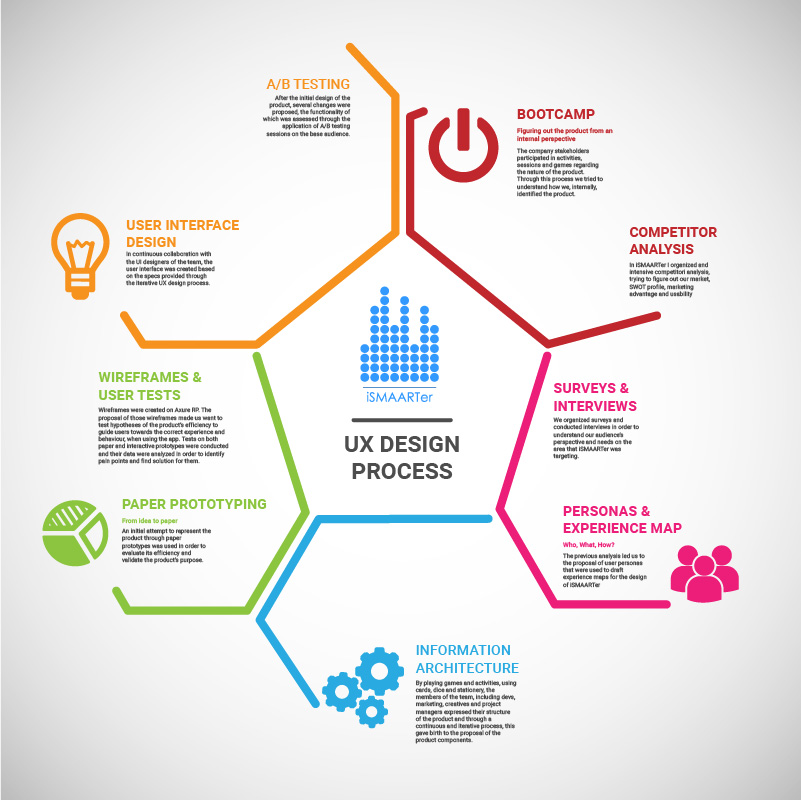 Identifying our audience, gave us a better idea on their needs. As a result, user personas were proposed and experience maps on the use of the product were drafted, based on them. Being able to map users’ behaviour and having a better idea of what we wanted to create, we proposed an information architecture. The views and components of the product were later prototyped in paper and interactive wireframes were created on Axure RP. We used both those prototypes in order to test hypotheses, regarding the behaviour of users and usability of the platform and apps.

In constant collaboration with the UI designers, the user interface was designed and the app was eventually released. After the release of the MVP, constant features were added or revised. In order to evaluate their impact, we used A/B testing that we monitored through the use of analytics.

You can find out more about which cookies we are using or switch them off in settings.

This website uses cookies so that we can provide you with the best user experience possible. Cookie information is stored in your browser and performs functions such as recognising you when you return to our website and helping our team to understand which sections of the website you find most interesting and useful.

You can adjust all of your cookie settings by navigating the tabs on the left hand side.

Strictly Necessary Cookie should be enabled at all times so that we can save your preferences for cookie settings.

If you disable this cookie, we will not be able to save your preferences. This means that every time you visit this website you will need to enable or disable cookies again.